Islam is a monotheistic religion that teaches that there’s only one divine being, one supreme creator of deep space.

The word of Islam implies “To submit one’s will to the will of Allah Almighty”. Muslims believe that Islam is the true faith of Allah (SWT) revealed to humanity so Islam is a total, holistic way of living that covers every aspect of life. It leaves no stone unturned as it teaches mankind how to behave in every area of life (specific, social, ethical, political, cultural, or international, etc.).

In an attempt to assist new reverts to Islam as well as Muslim kids living in non-Arabic speaking countries to understand the basics of Islam, Islamic scholars at The Quran Classes Online Institute have prepared this article as an Essential Guide to Islam.

The religion of Islam has been built on five pillars which imply “the responsibilities that Muslims must fulfill to be a true Muslim.” These 5 pillars of Islam are explained as follows:

1. The Shahada (Announcing The Belief in Allah & His Prophet Muhammad)

The Shahada or Shahadah is the 1st of the 5 Pillars of Islam. It’s about announcing out loud the Belief in Allah & His last Prophet Muhammad (PBUH). Accordingly, It consists of 2 parts.

The first part of Shahada is “Laa ilaha illa Allah”. It declaring belief in Allah (SWT) the only and lonely. In other words, announcing “Tawheed” which is an Arabic term that describes a unique belief in the oneness of God and that there is only one God that is worthy of worship.

The second part of Shahada is “Muhammed Rasoul Allah ” (PBUH). It means to declare a belief that Muhammed (PBUH) is the messenger of Allah, which suggests following what he says through following him in what he says to us to do and to prevent what He forbids.

Acting and thinking on this pillar is essential to getting into Islam. You should pronounce the (El Shahada) in order to get in the faith of Islam or to be a Muslim.

Daily Prayer or Salah is the 2nd of the Five Pillars of Islam. It is the first thing that an individual will be held accountable for on the Day of Judgment.

It carried out in the direction of Mecca 5 times a day. Salat can be performed alone, it is meritorious to perform it with another or with a group.

It is allowable to pray in your home, at work, or even outdoors; however, it’s recommended that Muslims perform Salah in a mosque.

There are 5 times a day that the Muslim performs which are: Al-fajr prayer, Al-Dhuhr prayer, AlAsr, Al-Maghreb, Al-Ishaa. Daily Prayers include a recitation of the opening chapter (surah) of the Quran and is often carried out on a little rug or mat.

Men are gathered in the mosque for the noonday prayer on Friday and ladies are welcome however not obliged to participate.

Zakat is the 3rd One of the 5 Pillars of Islam. “Zakah” is an Arabic word that indicates purifying something. In Islam, it refers to charity but not an optional act of generosity. Zakat is an obligatory tax upon Muslims according to certain rules.

Every year, all Muslims should pay a 2.5% share of their held wealth to the poor where they money, property, gold, or silver. Instead of our wealth, we ought to support the poor through our deeds towards those who require more assistance and assistance that assist us to enter Jannah.

There are many benefits of giving Zakat, such as:

4. Sawm (Fasting During The Month of Ramadan)

Sawm (Saum) is an Arabic term that suggests fasting and especially connected with Ramadan which is the ninth month in the Islamic calendar.

Fasting (sawm) is the 4th pillar of Islam and regarded as an act of worship in which Muslims seek to get closer to Allah (SWT). Also, Fasting is a workout in self-control whereby one’s sensitivity is heightened to the suffering of the poor.

During Ramadan, fasting needs Muslims to avoid food, beverages, including water, sexual intercourse, and other activities during daytime hours. Muslims break their fast at sunset.

With a unique meal or Iftar and perform additional nighttime worship after fasting, called Taraweeh, after night prayer. Ramadan is the month throughout which the Holy Quran was revealed to the prophet Muhammed (PBUH).

There are 3 days observed with an event at the end of Ramadan called “Eid Al-Fitr“, the feast of the breaking of the quick.

5. The Hajj (Pilgrimage to Mecca)

The Hajj refers to the annual pilgrimage to Mecca. It’s one of the 5 pillars of Islam. It is a time that all the Muslims from around the globe gather together in Mecca to praise Allah (SWT) and perform certain rituals.

The Hajj is the act of going to Mecca, circumambulating “the Kaaba”, and remaining in the field of “Arafat” in order to perform the essential acts of praise and routines in specific ways at particular times.

In it are clear signs and the standing-place of Abraham. Whoever enters it should be safe. Pilgrimage to this House is an obligation by Allah upon whoever is able among the people.1 And whoever disbelieves, then surely Allah is not in need of ˹any of His˺ creation.

The Haj falls in the 12th month of the Islamic calendar, through a journey that every Muslim is obliged to take at least once in their lifetime. It is also a spiritual time that allows you to get closer to Allah (SWT).

In carrying out the trip, a pilgrim follows the order of ritual that the prophet Mohammed performed during his last trip. hajj is followed by the celebration of Eid Al-Adha.

Studying the five pillars of Islam is so essential as they are the primary fundamental structure of Islam and they are pointed out in Quran and Sunnah sometimes. In this regards, the prophet Muhammad (PBUH) said:

Islam has been built on five [pillars]: testifying that there is no deity worthy of worship except Allah and that Muhammad is the Messenger of Allah, establishing the salah (prayer), paying the zakat (obligatory charity), making the hajj (pilgrimage) to the House, and fasting in Ramadhan.

It is important to bear in mind that Islam is a faith that promotes and encourages peace and love between Muslims. That’s why “The Quran Classes Online Institute” has a dedicated online Islamic studies course for kids & adults to learn all you need about the Islam religion for you or your children; this course is personalized and customized based on student’s age, knowledge, and needs.

Although this course’s main goal is to help you learn Islam online, it will also provide students with a strong foundation in the Arabic language with an emphasis on the skills of reading and comprehension. We look to provide our students with the tools needed to access traditional Islamic texts. 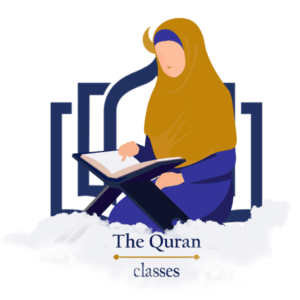 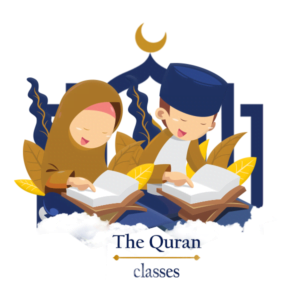 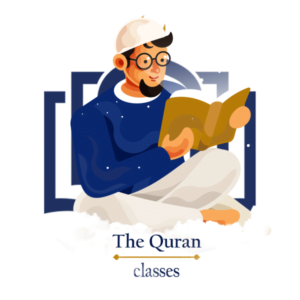 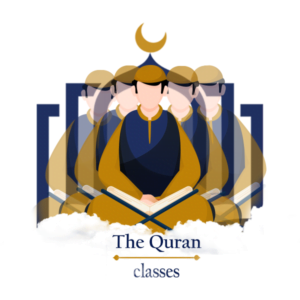 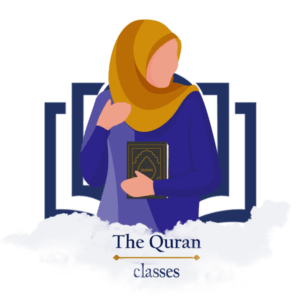 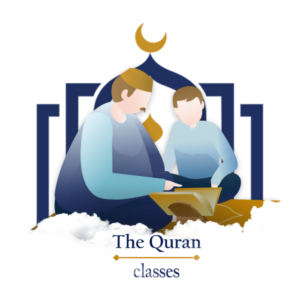 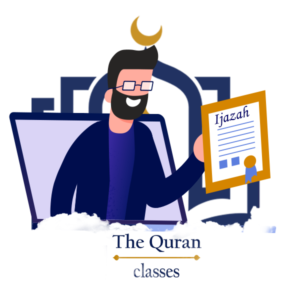 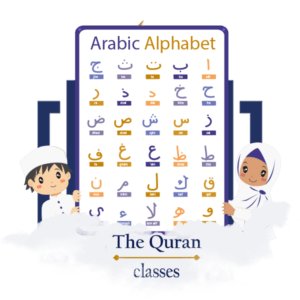 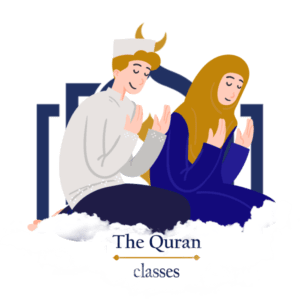 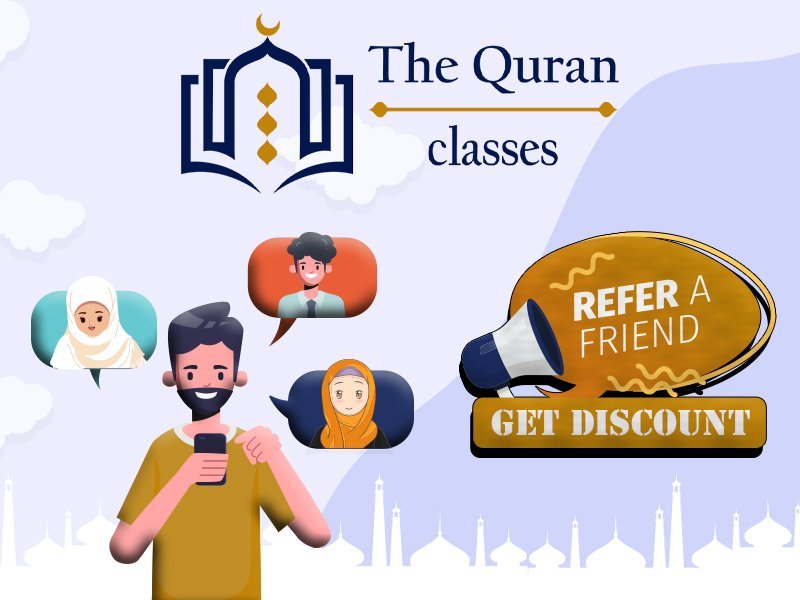 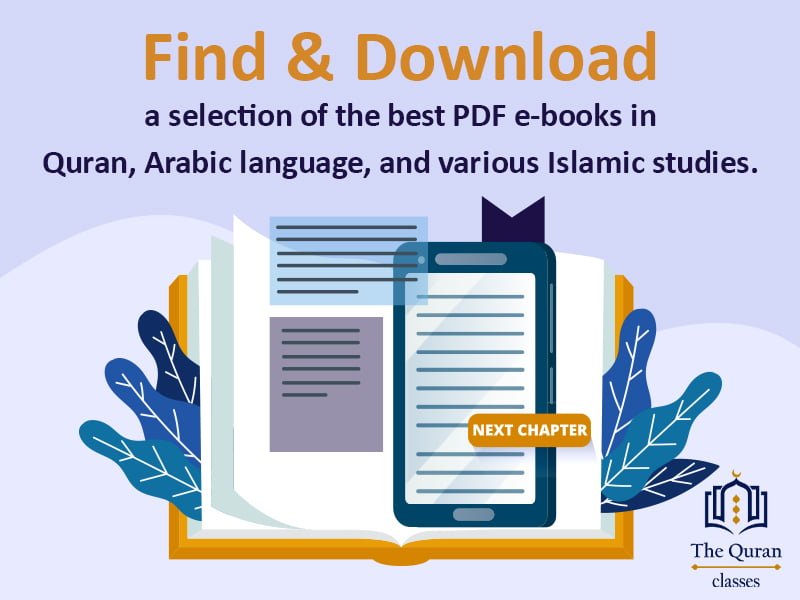 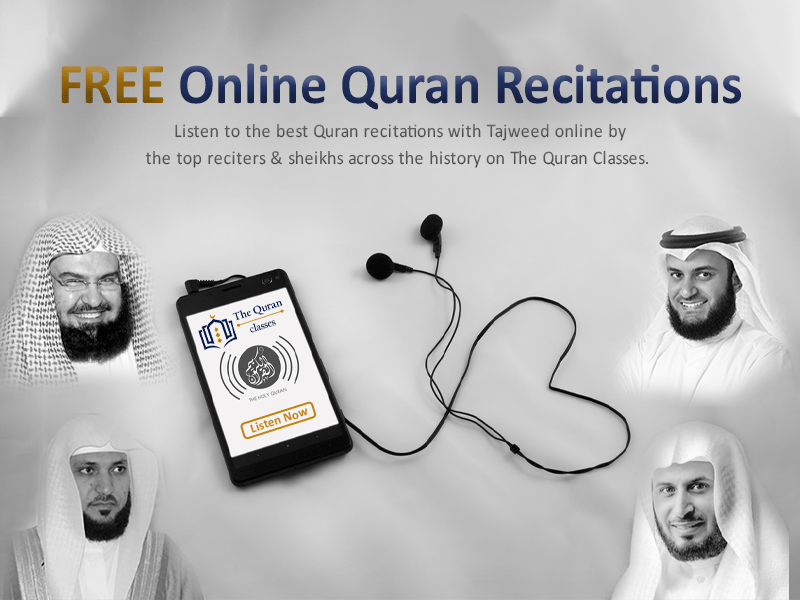